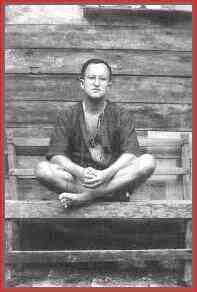 In the spring of 1963, 42 enthusiastic (and mainly young) people arrived in Hilo Hawaii to begin a training program to prepare them for a two year adventure in Thailand as Peace Corps Volunteers. This was to be the first Peace Corps group to live in the rural areas of South East Asia, and the training was intense. The group's mission was described by the catchall title "Community Development"; with the training covering agriculture, animal husbandry, basic sanitation, simple surveying and road building, Thai culture, and much more. The Thai language was "tonal", with the same "word" having up to five different meanings, depending upon the intonation used with it. This made the language quite foreign to the ears of European language speakers, and thus it's study was the single largest component of the training period.

Four months later, after numerous "de-selections" and resignations, 25 survivors, myself among them, boarded a plane for Thailand. I was assigned to a very small village in southern Thailand, not far from the Malayan border. There was no electricity, no running water and no local market. The villagers spoke either Malayan or a southern dialect of Thai. While these physical conditions may sound a bit daunting, it was really not much different than an extended camping trip; no problem for a 23 year old. The real problems were the psychological adjustments required by the culture; accepting: the slow pace of life, and that it was OK to lie to avoid "losing face", and also OK to look someone in the eyes for a long interval without looking away (this drove us nuts), and that wanting to be by yourself was considered highly abnormal.


There is no way to describe my experience over those two years in a few brief paragraphs, so I'll finish by saying that I left Thailand with a much broaden perspective on life that continues to be an aid in dealing with life's everyday problems and dilemmas. So - if you like working with people, are flexible, and a bit of an adventurer, it's never too late to sign up; Lilian Carter served in the Peace Corps in India when she was in her 60's!